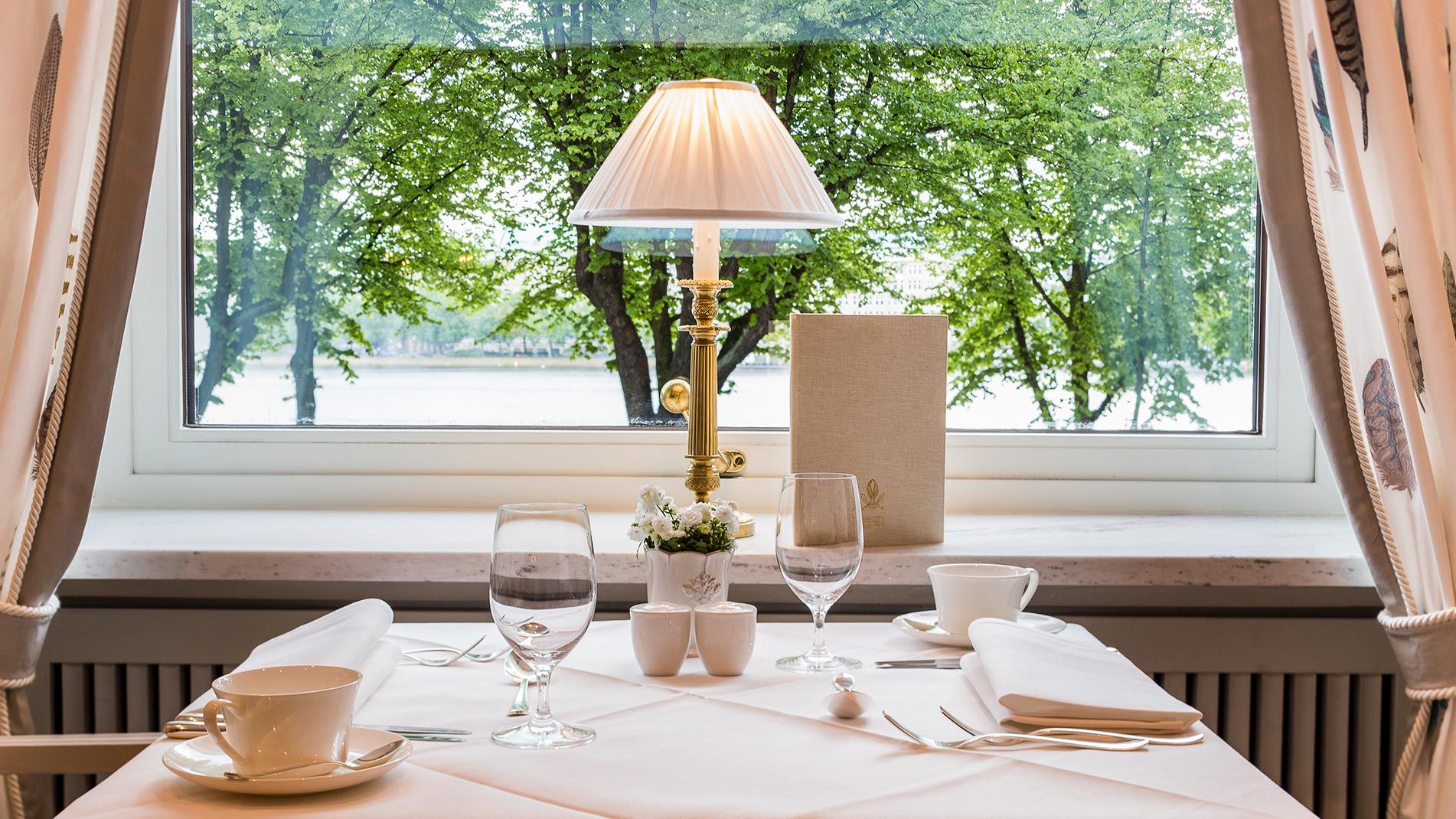 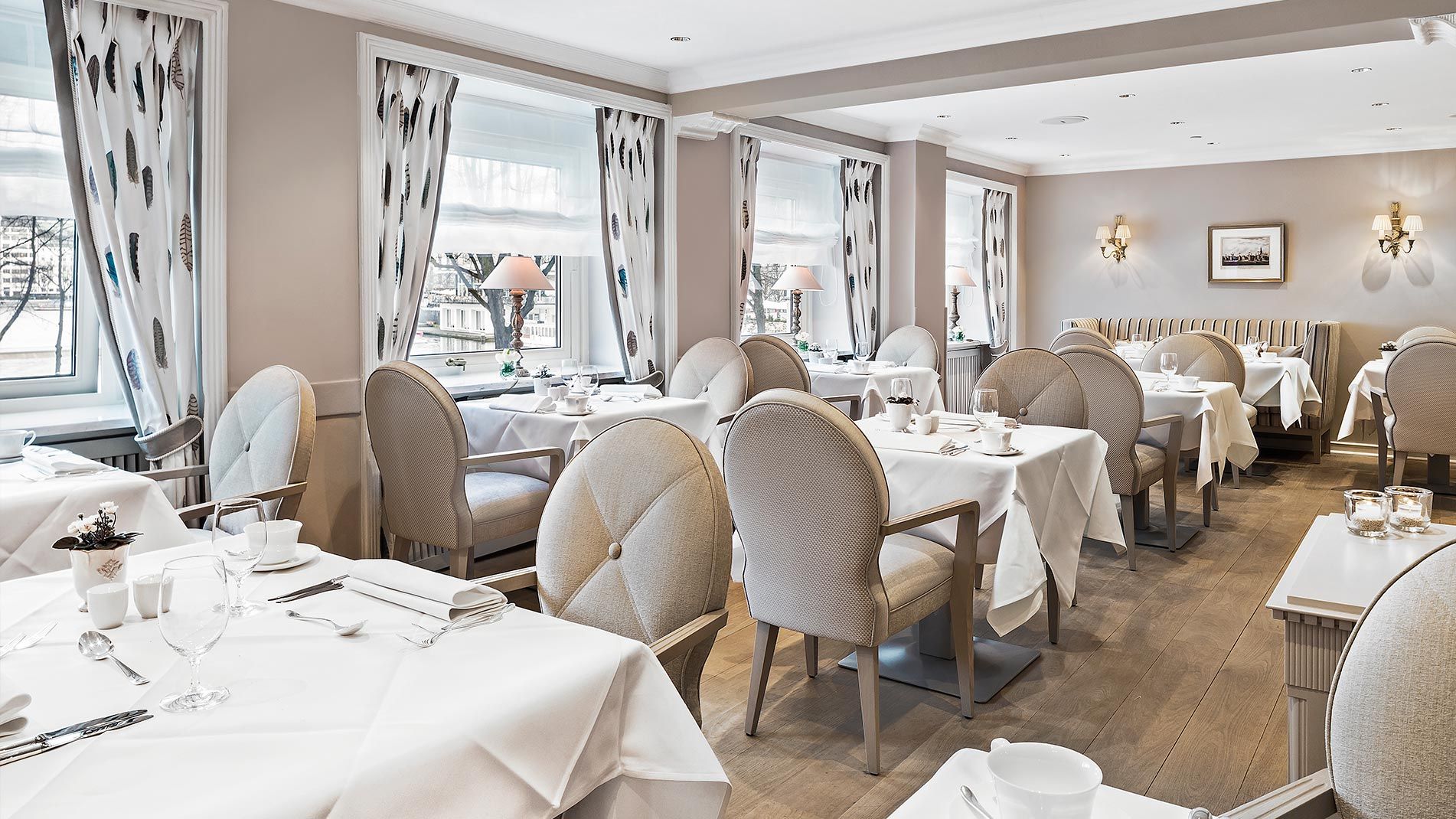 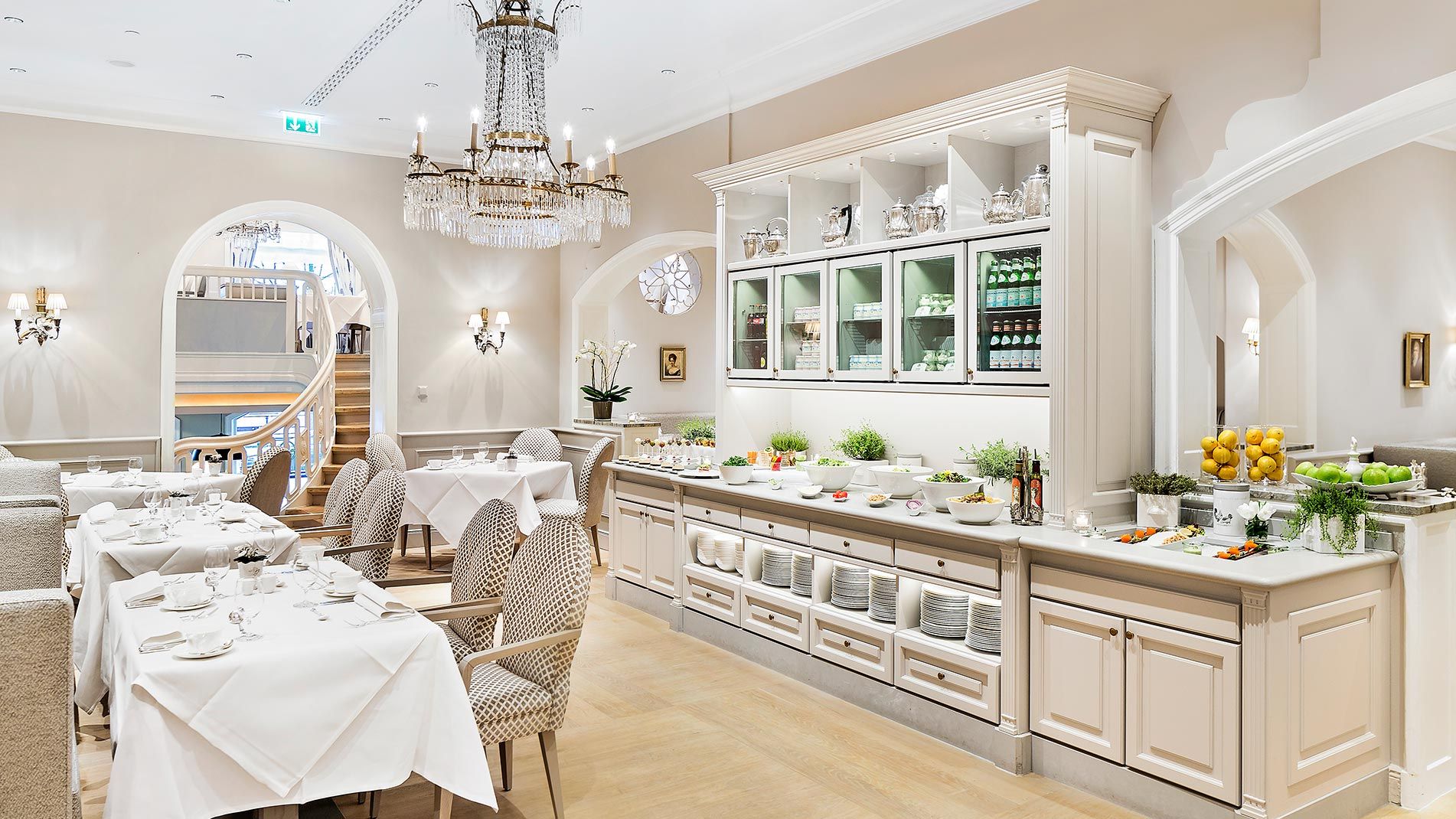 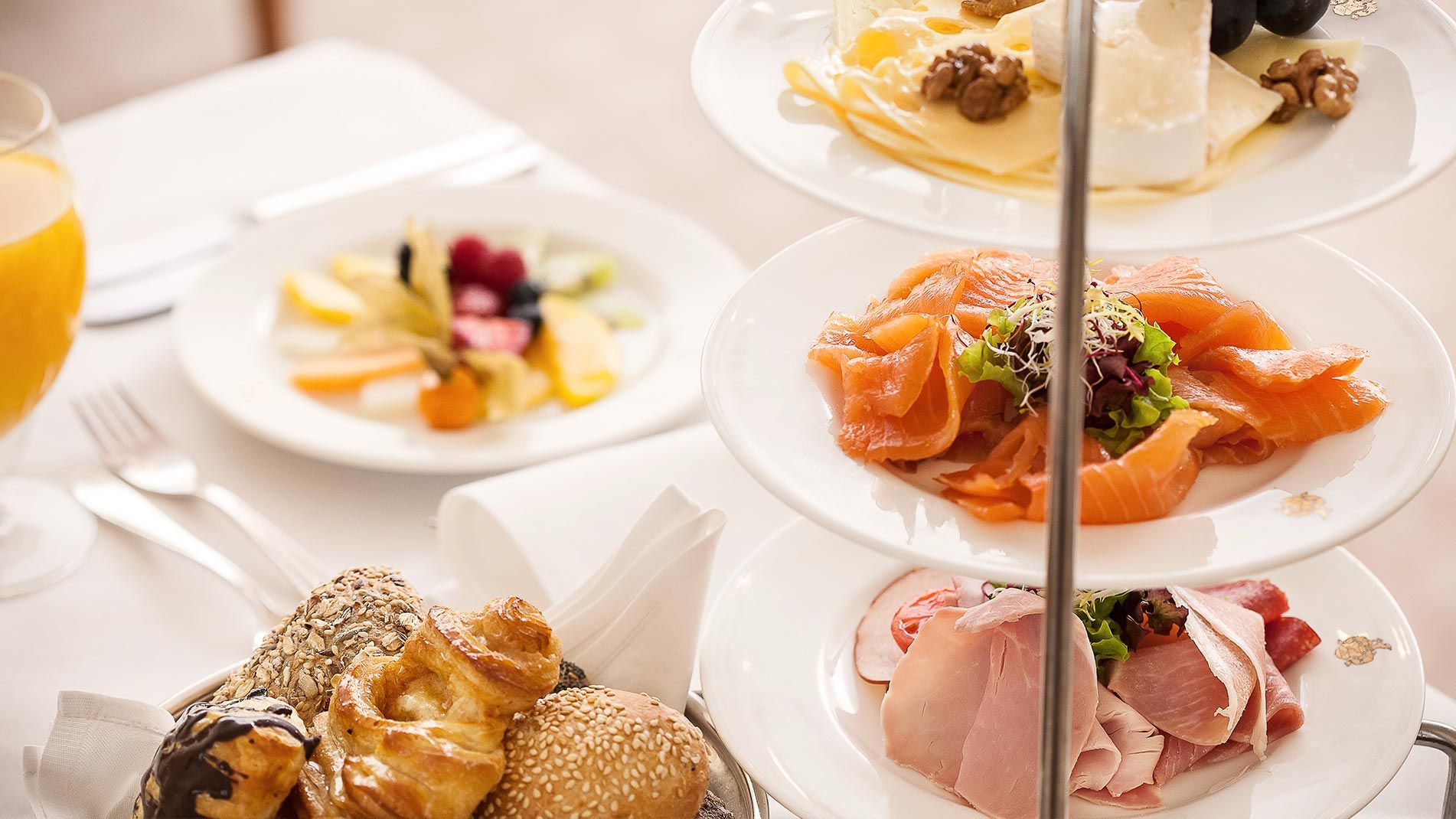 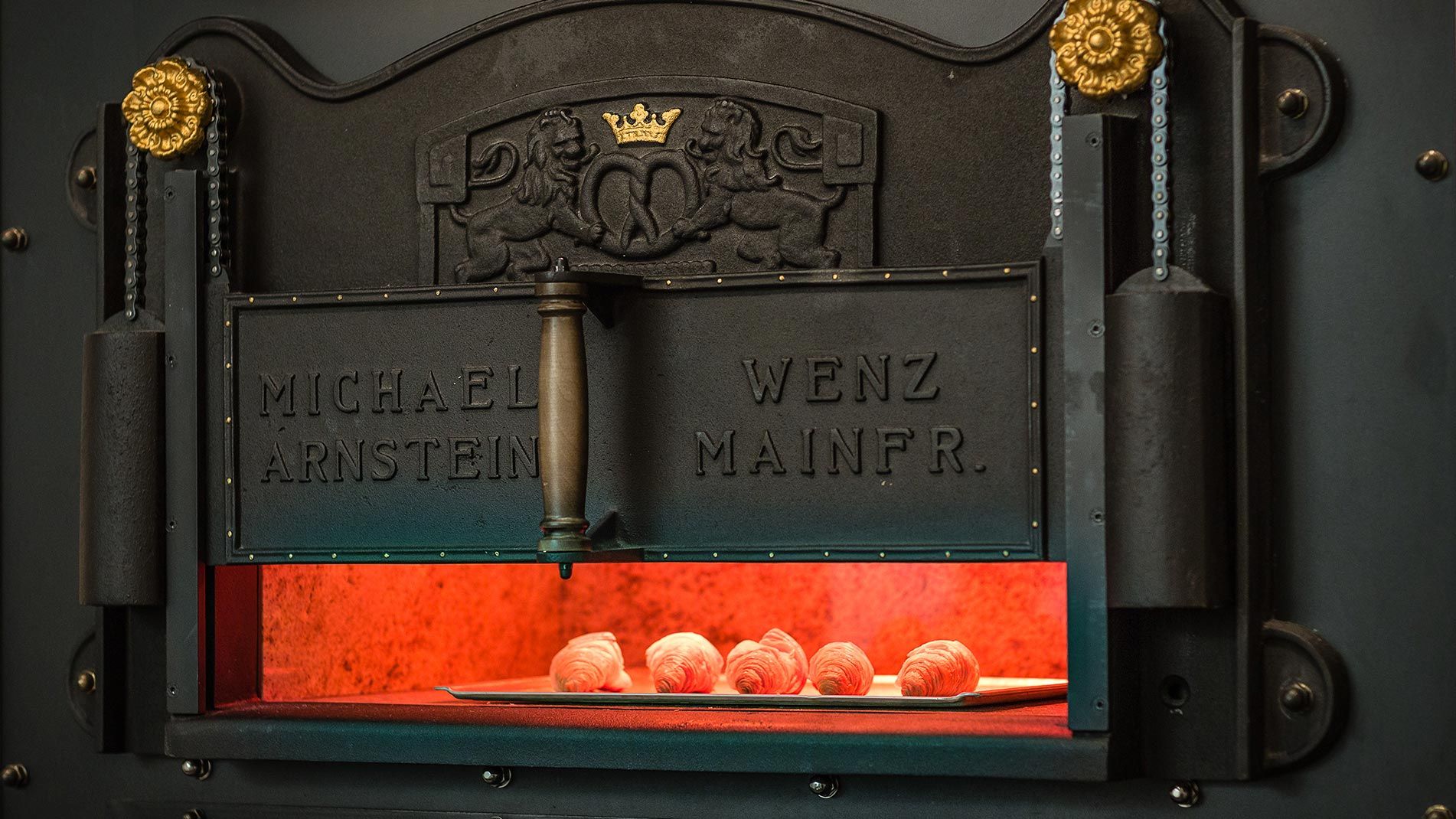 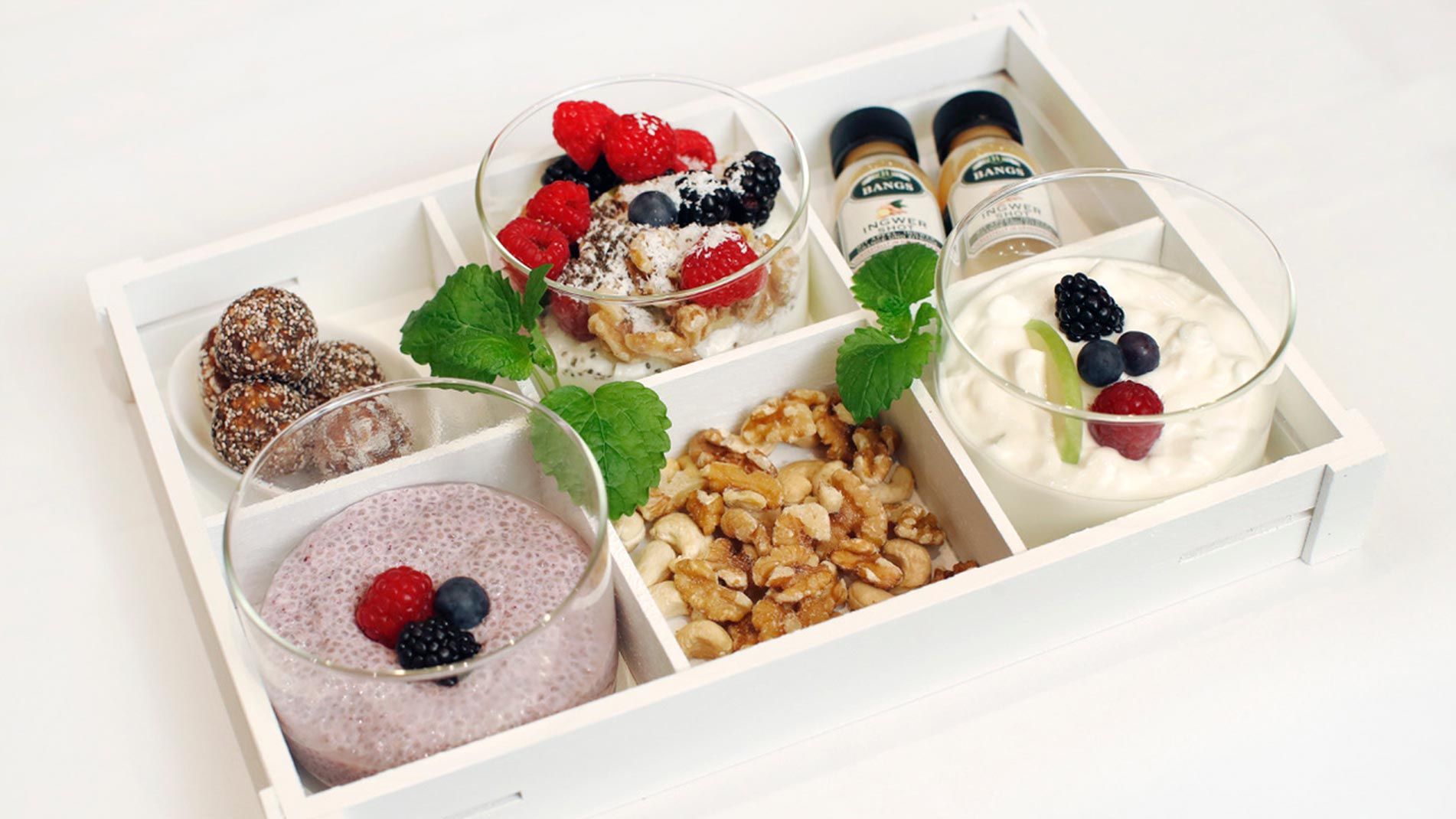 Its authenticity and its special connection to the local area are evident in the hand-made wooden fittings, the traditional grocer’s shop and the colour scheme created by the Inner Alster with light natural tones, soft grey and wooden panels offset in white. The curtains, which are embroidered with feathers, look out onto the swans on the Alster and the seagulls circling over the water.

The atmosphere of the Condi is reminiscent of the way the sun reflects off the Alster, and makes waking up into a pleasant sensory experience - the fresh bread made in a traditional cast-iron oven made by Wenz 1919 gives off the aroma of a country house kitchen. Fresh ingredients are prepared just the way you like it – of course exclusively using products which meet the highest of requirements. 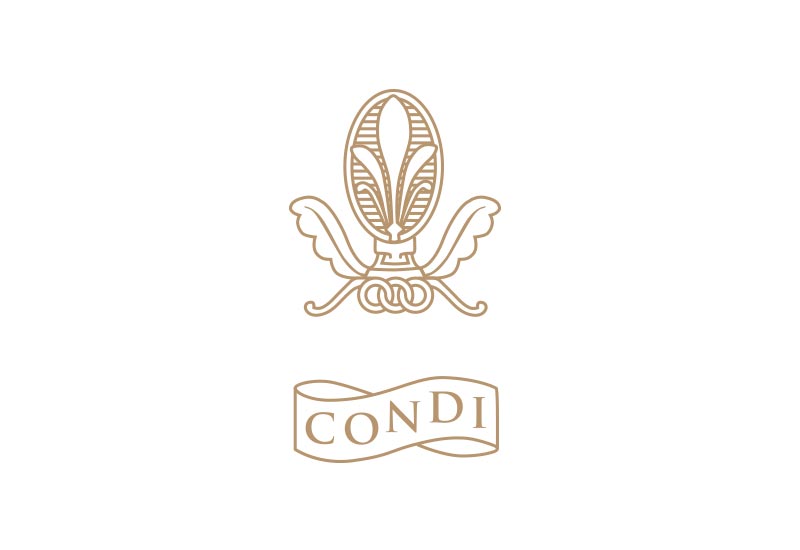 “We used to go to the Condi on Sundays” – many Hamburgers will fondly recall their first visits to the Hotel Vier Jahreszeiten. They met at the Condi for a coffee and a chat after a long walk around the Alster, or through the elegant shopping streets in the city centre. They would sit in the so-called “hay loft” – through which those on horseback used to pass at the turn of the 20th century to enjoy the hospitality of the Hotel Vier Jahreszeiten – and squint at the glistening waters of the Inner Alster. The air smelt of fresh coffee, and their hearts beat faster when the Condi ladies came to serve them with attractive-looking cakes and pies in their white aprons and bonnets.

In front of the door was the Condi carriage – a pony wagon with coach and lantern. In the loading area was a giant box of chocolates decorated with an even bigger ribbon. Even back then, the inscription “Home delivery – cakes, pies, pralines and ice cream” promised our guests they could enjoy sweet treats at home.

With the opening of the cake shop “Café Condi” in 1934, Fritz Haerlin, who took over the business from his father Friedrich Haerlin in the same year, managed to successfully revive the style of the Biedermeier era of the 19th century. The works of art, chandeliers and lamps which still adorn the Café Condi in its new look today are the originals dating back to 1830, which have been lovingly reconditioned. 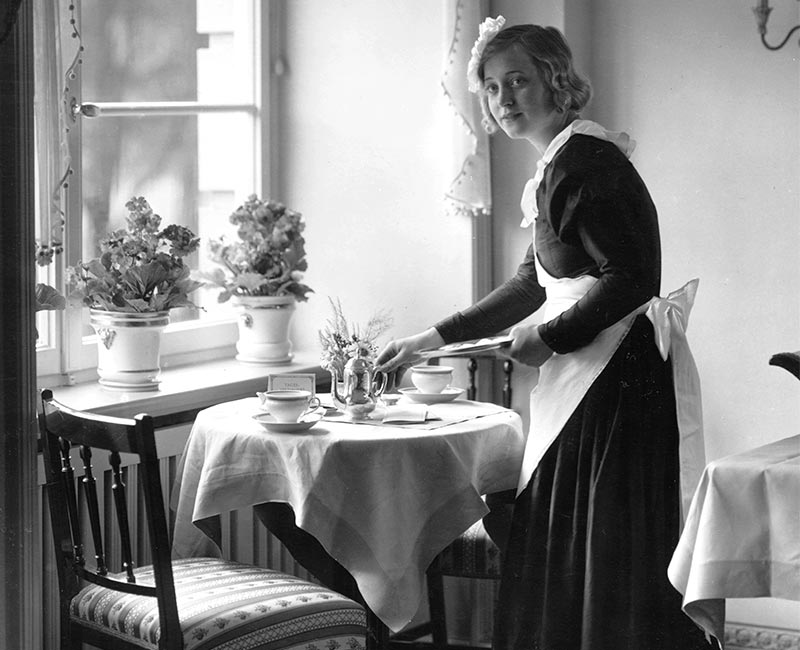 We are looking forward to welcome you at the Café Condi.

Bringing pets into public areas, restaurants and guest rooms is not permitted.

Dear Guest, in order to be able to constantly improve the user guidance and web analytics, we use cookies. By giving your consent, you allow us to set cookies and to continuously develop our website and optimize the user experience for you.

In order to improve our website, usage data is collected from third-party providers and combined into a usage profile.

Used to optimize the customer experience.